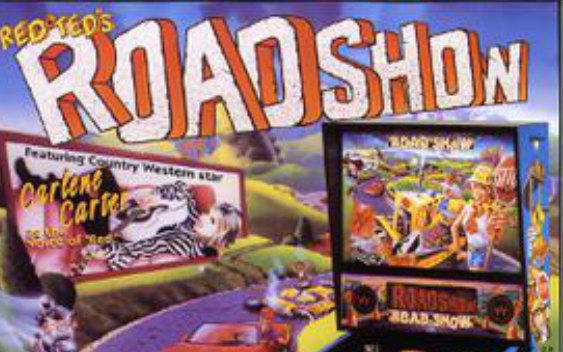 Overview Gallery
Write a review
Red & Ted's Road Show (1994): was part of Williams / Midway's SuperPin line of widebody games. Designed by Pat Lawlor, Dwight Sullivan and Ted Estes, this table has a deep rule set and an open, uncluttered playfield layout with four flippers and two manual plungers. Originally featured in Funhouse, the game features a more advanced version of Williams' PinMation with the animating and talking heads of Red and Ted. Both characters comment on the action as they travel to the west coast of the U.S.A looking for fun and finding trouble in 18 different cities. With its wild dot-mation sequences and shaker motor, this game is a real attention grabber! 6,259 units of this table were produced.