Just out of curiosity are the mini games from T2 or Addams Family in Junkyard during time machine mode?

Addams Family, yes. The Mamushka is in there.

T2 was cut from the game's ROM. The mode was Payback Time, 1M per shot.

Pinballwiz45b said:
Addams Family, yes. The Mamushka is in there.

T2 was cut from the game's ROM. The mode was Payback Time, 1M per shot.
Click to expand...

Wonder if Zen gets the T2 license would they go back and put that back in for Junkyard?

Pinballwiz45b said:
Addams Family, yes. The Mamushka is in there.

T2 was cut from the game's ROM. The mode was Payback Time, 1M per shot.
Click to expand...

Any reason they had to cut T2 but not Addams Family?

Maybe outside chance they have Addams Family license

They cut it due to balancing issues with Payback Time itself, apparently.

Hypocritical when even Outer Space and eventually the Video Mode tops the scoring potential out.

Let’s define ‘they’. Is it something Williams did or Zen?

It was Williams. Payback Time isn't present in the official ROM.

Ok I give. How does one upshift in HSII via controller on pc?

Just push the launch button. You will not be able to downshift (but who does that anyway?)

shutyertrap said:
Just push the launch button. You will not be able to downshift (but who does that anyway?)
Click to expand...

Oh damn. I missed the obvious. I kept using the right analog because that's how you downshift, but flipping it up just moved the cam.

Here's the weird thing about Black Rose. It's the 3rd time the game has been digitized, and we've been better off with TPA before FX3 came along. 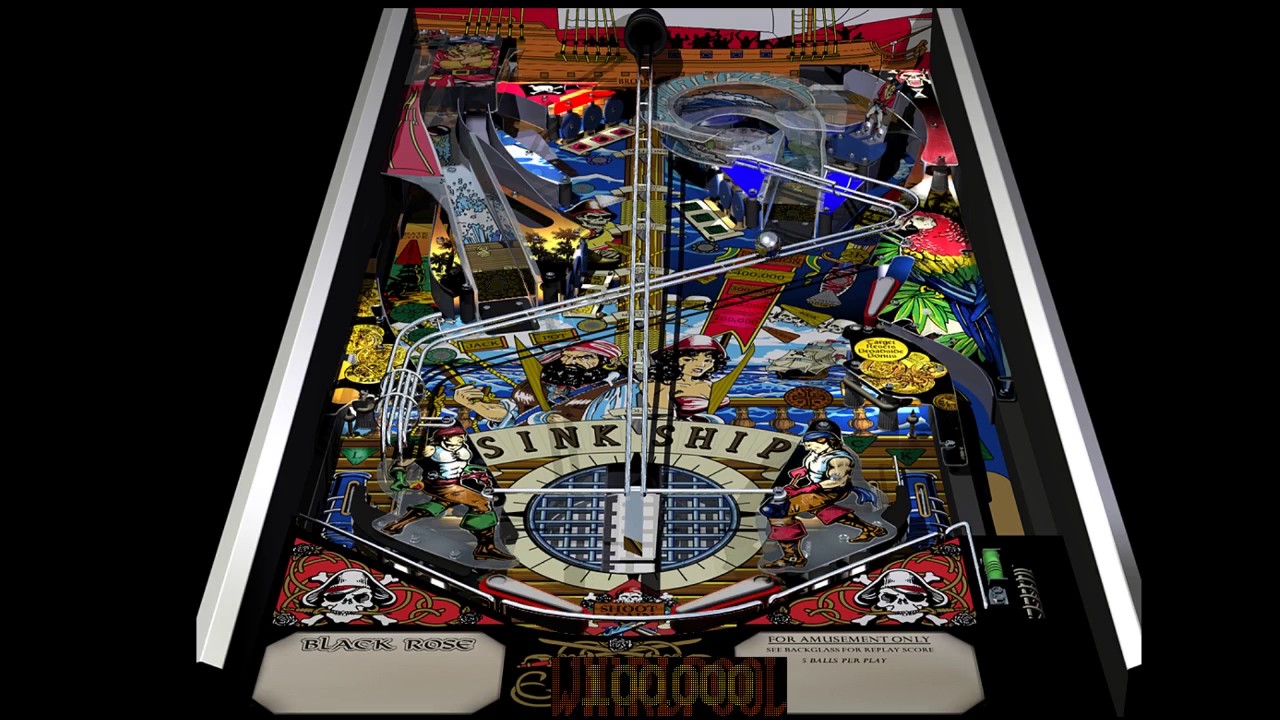 No ROM emulation is one, probably due to limitations (and I'm pretty sure it was possible, given Addams Family on N64/PC). Expect a whole lot of inconsistencies with the game, like the Ship Sunk theme playing on the 3rd ball.

There's no wire on the left inlane. That outlane is wide open, and I'm pretty sure Farsight's missing inlane wire on Gorgar is purely cosmetic.

The physical cannon was pretty neat, though. Zen offers something very similar, but more true to life.

...and I thought Pinball Arcade had plenty of issues. I'm pretty sure Williams Pinball Classics has become WAY outdated, more so than TPA.

EDIT: This will eventually apply to Tales of the Arabian Nights and Creature From the Black Lagoon as well. Lost World....may not be so worthy.


Now if they could just snatch Stern.
Click to expand...

Stern has to be looking at Zen's Williams tables right now the same way that guy is looking back at that other woman while holding his girlfriend's hand in that popular internet meme. Usually I'd say that competition is good, but Zen has done such a clearly better job so far that I'd love for them to just secure all of the manufacturer rights.

shutyertrap said:
Just push the launch button. You will not be able to downshift (but who does that anyway?)
Click to expand...

Anyone who likes to trigger secret mania

superballs said:
Anyone who likes to trigger secret mania
Click to expand...

I mentioned Secret Mania in October http://www.digitalpinballfans.com/showthread.php/13768-different-US-amp-European-difficulty-settings?p=280205&viewfull=1#post280205 - all targets are 500,000 points.

Great, but how do you start it?

Shift up and down a couple of times during 3 car Donut Heaven and then hope it doesn't mess up your game because it's glitchy as hell.
W

Could be shift up and down, or down and up but if you do it an extra time it will be a moot point anyway. Also, in FX3 there always seems to be 3 police cars at Donut Heaven, not sure if this is the case on the physical table.