I guess it's a sign of the popularity of Gottileb Premiers that we are two weeks in and nobody has posted an "initial thoughts" thread.

I am enjoying this game, it's better than Bone Busters IMO, up there with Big Hurt. Complex enough rules, and the "mini game" up at the top with the upper flippers/playfield is pretty fun, trying to combo and nail the upper loop or slip into the Abyss.

Interesting shots and modes too, the Catapult mode is good, it is really satisfying when you drop or sneak the ball into the 50 million saucer.

On the downside, the scoring feels pretty uneven - the only way to really get any points is in the modes, and if you are doing a multi-player game and someone drains and by chance gets the "Mystery 20 Million Points" for the win it feels unfair.

All in all I think this is definitely one of the better Premier tables that have come out on TPA, far superior to Bone Busters, LCA or Class of 1812.

Now stop reading if you want to enjoy the table, below I discuss a strategy that will kill the other gameplay for you.

About scoring: there is one gamebreaking strategy and that is to maximize the mega-bonus. This is the last mode on top of the "pyramid" after which you get to slay the beast (and get three chances at that same mega-bonus). Depending on how you start mega-bonus, it's a 2- (from the plunger) or 3-ball mode (from the right saucer). The trick is to get at least one ball on the lower left flipper, and one on the upper right. Now you can loop the "L" orbit for 3M a pop. The upright upper left flipper will feed the ball back to the upper right one, to set up the next "L" shot. I had it up to 900M+ in my best game, don't know yet if it will pass 1B. It's a bit repetitive to get it up that high, and you still have to hit the "I" lane, the Abyss and the Catapult saucer to get the mega-bonus in-game. You'll at least get it once at the end of the game, after you drained your last ball. It actually spoils the game for me, because all other ways to get points and even EB's to some degree become pointless.
R

The physics are all off like Dr. Who and almost as bad as Bone Busters. Ball floats around all unnatural and speeds up and slows down. I really hope they fix it because I really like the tables layout. Bone Busters was fixed a little bit with the latest download but the ball still doesn't feel real like all other tables.

Yeah, megabonus is the key to high scores.

And yes, this exploit works just as well in real life. In fact it was done in a major tournament.

that said there is a BIG bug.

Even when you kill the pop bumpers by holding the flippers in, although the animation does't run anymore, and the sound effect doesn't play, they still fire. This removes your ability to get the ball out of the jets quickly in a timed mode.

I don't really care for this table a lot. I've played quite a few games, but this table just doesn't click.

[MENTION=4691]Rich Lehmann[/MENTION] It's not really the physics, which are off on those tables. Physics are fine, it just seems to be an issue on your device (which doesn't necessarily mean your device is causing the issue), maybe some kind of performance problem. If it was a physics problem, it would appear on all platforms, or at least on all Android devices.

Looking for help hitting the left ramp - for some reason I constantly misfire it to the left side from the right flipper.
A

My initial thought -- this wants to be a Steve Ritchie table. But, it's not. It's by no means the worst table around, but if I want a speed and flow table, I have many other, better choices.

Like so many Gottliebs of this era, the rules, theme, and design bear no relation to one another.

Like so many Gottliebs of this era, the rules, theme, and design bear no relation to one another.
Click to expand...

And this is someone's attempt at doing what Gottlieb couldn't. 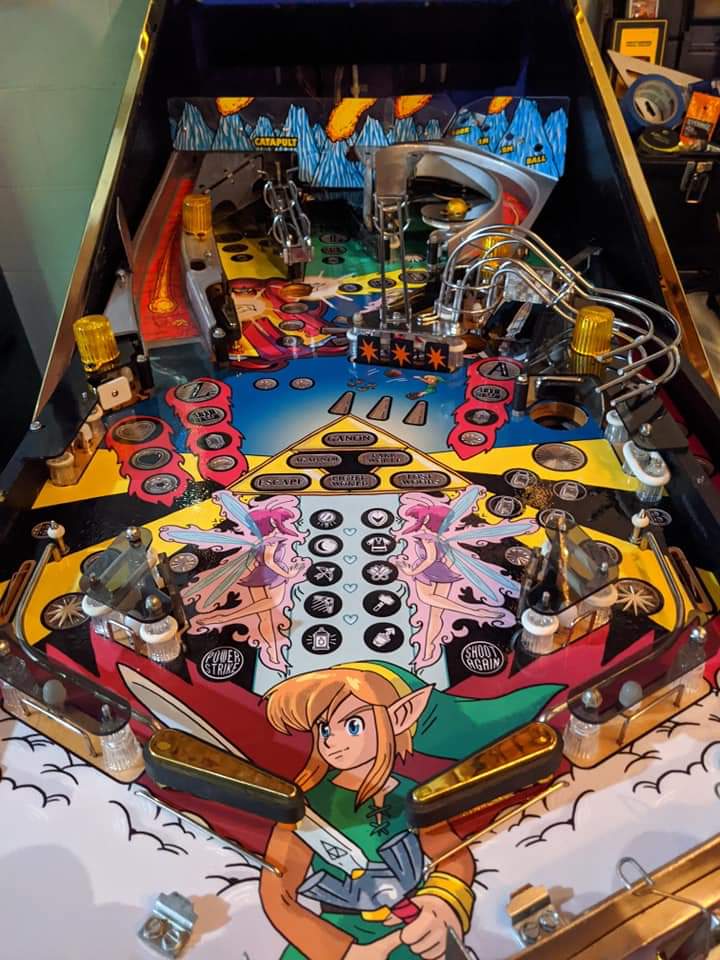