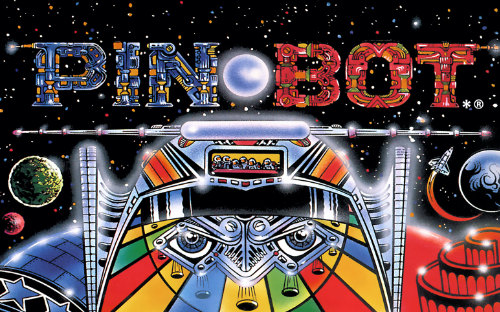 Overview Gallery Discussion
Write a review Ask a question
Pin Bot is a pinball video game developed by Rare and published by Nintendo for the Nintendo Entertainment System. It was released in North America in April 1990. It is a conversion of the pinball machine by the same name (developed and manufactured by Williams in 1986). The NES version of the game accurately reproduces some of the game-play and aesthetics of the pinball machine, while introducing new features and added challenges.